Review: Jason Derulo – Everything Is 4 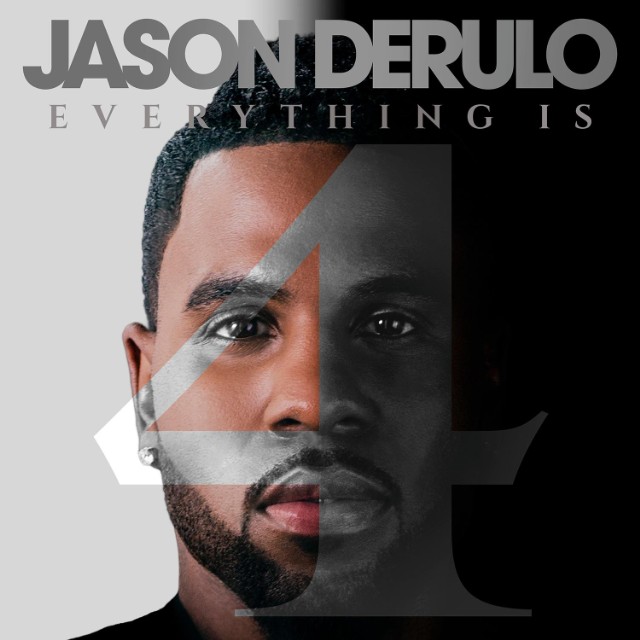 Jason Derulo
Everything Is 4 (Warner Music)

Breakdown: Jason Derulo is unstoppable. The pop singer has just released his fourth studio album ‘Everything Is 4’ which has already spawned the smash hit ‘Want To Want Me’ and the brand new Michael Jackson inspired single ‘Cheyenne’. Jason has a long list of collaborators on this record such as Stevie Wonder, Jennifer Lopez, Keith Urban, Meghan Trainor and many more

What I Liked: Jason Derulo knows how to deliver radio-friendly hits – and that’s exactly what he has delivered with his album. Jason took what worked with his previous album, Tattoos, and expanded that on this record, therefore, we have more ‘Talk Dirty’ sounding tracks such as ‘Get Ugly’ and ‘Pull Up’ which focus more on a beat than a chorus. Jason tapped some great producers onto this record and many of the tracks have ‘hit’ written all over it. I also liked that Jason has tapped into a variety of genres on this record from pop to hip-hop and even country.

What I Didn’t Like: This is a weird album for me. There are more than enough radio smashers on this record but everything about this album feels manufactured. From the overall sound of the album to the vocals, which are heavily auto-tuned, to the insane amount of guest collaborators. Jason is all about the hits on this record and has lost who he is as an artist. Sure, this is a business and the end goal is to make money but we want the Jason we know and love. Not another Pitbull…